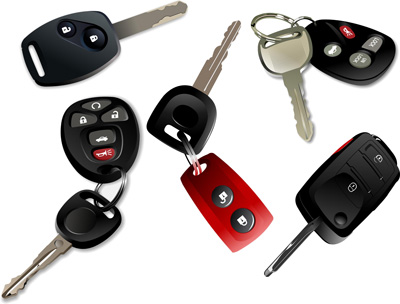 Keys remain some of the most manufactured metal objects in the world today, they are designed to safeguard our homes, business and automobiles through their high-grade features, thus enabling us to live safely in the modern world. These keys are quite small and easy to handle.

The history of keys began some 6000 years ago in ancient Babylonia and Egyptian eras.  The earliest keys were wooden devices that rely on some pins located in some small openings near the bolt. With the use of wooden toothbrush shape keys, the Egyptians were able to raise those small pins located in the opening of the bolt, to lift and unlock the blot. There were several disadvantages to this type of key and lock and that is they were made of wood that can be broken easily by external forces. The ancient wooden locks and keys are very bulky and heavy and the oldest ones can be found in the ruins of the Assyrian palace of Khosarabad in 704BC.

The Ancient Rome Evolution of Keys

The ancient Rome evolution witnessed a tremendous upgrade to the ancient Egyptian and Babylonian keys by Engineers. With the use of Iron and Bronze materials, Roman engineers were able to design a much stronger key and smaller but more durable locks. These keys were light enough to be carried from one place to the other. The introduction of wards into the lock design had changed the shape of the keys from the large and flat options to what is referred to as “Skeleton key”.

The Skeleton keys are cylindrical shaft containing a single, thin rectangular tooth or bit. This design was very popular in the 17th century until the end of the fall of the Roman empire. The main focus for this design is to make thieves work very hard before they get the locks broken. The skeleton locks are still found in some homes erected before the 1940s. You can learn more about these keys and locks from QuickPro Locksmith.

The modern flat keys still in existence today were first introduced by Linus Yale Sr. in the mid-1800s. He made use of tumbler lock alongside a more sophisticated method of pin regulation. The key design became an instant success all over the world. These flat keys were easy to make and are also easier to duplicate especially with the invention of the key-cutting process in the late 1800s.

Majority of the locks in the world today still rely on the flat keys that activate the locks with different pin arrangements. The warded locks, lever tumbler locks, and pin tumbler locks are still relevant, with some keys based on magnetic signatures that are popular in public buildings.

Despite the improvement in lock designs and security, many of the modern keys and locks today can still be compromised by burglars, which is the reason why modern locksmith service providers are very important to upgrade and repair such locks during maintenance services. please contact QuickPro Locksmith today for the installation, repair, and replacement of key and lock services.